April 22, 2018
"Edo-mae" originally referred to eel caught in the sea in front of Edo castle, but later came to refer to all seafood caught in Tokyo Bay.

Not having access to freezers, the people cooked their catch or preserved it with vinegar, serving it up on vinegar-flavored rice the first Edo-mae Nigiri-zushi. 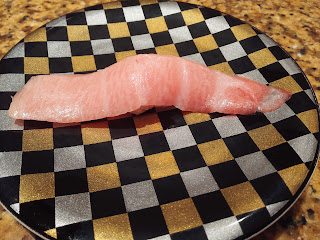 It is often said that when you eat Otoro sushi, it imidiatelly melts in your mouth. With its smooth texture and rich flavor, it is so popular.

Otoro is also sometimes referred to as Jabara (which means folded up in a concertina).

The part of the Bluefin tuna known as Shimofuri is streaked with fat and has a silky taste and it has a deeper flavor and an appealing aftertaste.

Bluefin tuna grow to a length of over three meters and many weigh more than 400 kilograms and they are caught in the Japanese coastal area. 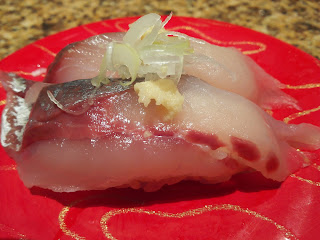 Aji is popular and widely available. But in the hands of a sushi chefs, its flavor can hold its own compared to more expensive, deluxe fish varieties.

Japanese horse mackerel are divided into two groups those that migrate around the offshore waters, and those that create schools in rapid current.

The best-tasting fish are around 15-20 centimeters in length, and are prepared raw or lightly brined. Eaten as sushi, the distinctive fragrance of silver-skinned fish is softened, and a hidden, gentle sweetness emerges.

In the old days the fish were usually salted and vinegared and used in sushi with their skins intact, but nowadays the skin is removed and the fish eaten without other flavourings in order to bring out their typical taste and texture.

Aji is blessed with the perfect degree of oiliness, and its lack of overpowering flavors makes it acceptable to just about everybody. The flavor is also nicely complemented by vinegared rice. Aji can be found all year long, but it starts to develop optimal fattiness during the rainy season.

Those in the latter group, with their yellowish-brown coloring, are stocky and packed with fat They reach high prices at market. 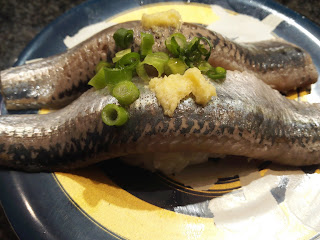 There are over 300 species of sardine around the world, more than 20 of which can be found in Japanese waters alone.

Sardines are well known for spoiling very quickly, but thanks to careful management of their distribution route to keep them fresh we are now able to use them raw in sushi.

After being cut into three pieces it is lightly salted, then immediately washed in vinegar. The fish are garnished with chives and ginger, and then decoratively sliced is to improve both their adhesion with the rice and their texture on the palate.
Ikura 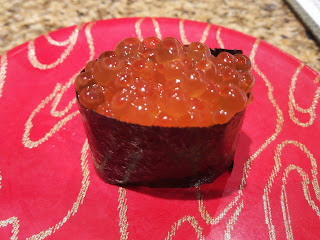 Ikura derives from the Russian word for fish eggs, and it is salted salmon roe. Recently, ikura marinated in soy sauce and sake has become popular, and this method of preparation is called shoyu ikura.

Most of the salmon roe used in Japan comes from chum salmon and are usually processed at its place of origin. Whichever method is used, biting into a piece of battleship sushi topped with ikura is sure to be a satisfying experience.

As the skin around each egg bursts open, the oils inside gradually melt and spread through the mouth. 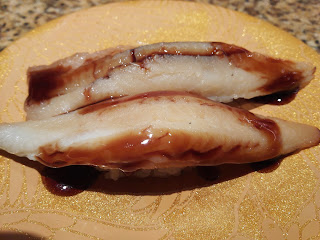 Sea eel is one of the representative ingredients of Sushi in the summer. The rich, opulent flavor, paired with vinegared rice, makes a strong impression.

Sea eels have the best amount of fat on them, and this fat appears on the surface of their skin when simmered together with soy sauce and sake.

Sushi chefs drop it live into a boiling pot of broth. After boiling, they remove it from the pot, wait for most of the surface moisture to evaporate, then refrigerate it. The eel is toasted, sliced in half, salted or brushed with the Tsume, sometimes being served in both varieties. 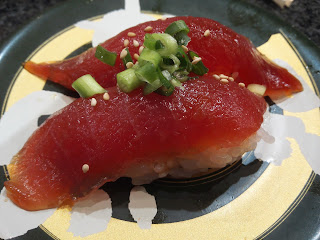 Akami cut Honmaguro comes from the back of the fish, there is little fat, and the meat is red in color and the deep crimson flesh of Bluefin tuna exudes a profound flavor.

Akami has a soft, springy texture and and a complex, sophisticated flavor, with just a hint of iron.

When it is used in Edomae-style sushi, the sushi chef bring out even more intricate flavors by marinating the cut of the fish is covered with a cloth and hot is poured over it.

Zuke, in which the red flesh is soaked in a specially prepared boiled down Sake or Mirin called "Nikiri" is a popular ingredient.
Chutoro 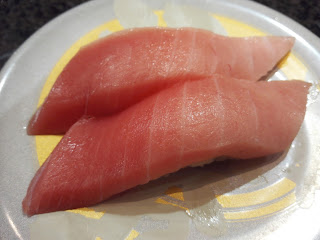 Chutoro is moderately fatty, has a well-balanced flavor and gives a gentle sensation on the palate. In particular, the portion of Chutoro from the middle of the back of the fish, near the skin, is especially prized.

It is said that a fun of Sushi tend to prefer Chutoro over the more popular, extra-fatty Otoro cuts.

It also includes the portion of the back that is closest to the skin. When you bite into a piece of Chutoro sushi, there is an initial juiciness on the tongue followed by a slowly spreading savory umami quality with moderate fattiness.