August 19, 2018
This fireworks festival has been traditionally held on the riverside at Ryogoku since the Edo period.

Fireworks are launched from two areas between the Komagata and Kuriya Bridges and between the Sakura and Kototoi Bridges.

The filming location of this movie is Ryogoku Bridge.The wait time depends on how full it on the Sumidagawa fireworks festival day but these stations:

are so crowded and the wait time, to see the fireworks or to get a train is about 1 hour. But Bakuro yokoyama station wasn’t crowded. 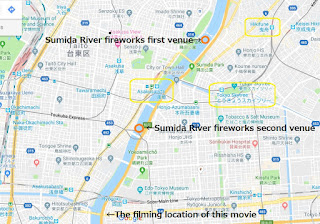 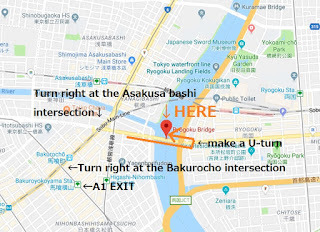