Yushima Seido is a large temple dedicated to Confucius, the founder of Confucianism and a Chinese philosopher.

Yushima Seido was originally built in 1632 by Hayashi Razan, a neo-Confucian scholar, at Ueno shinobu-ga-oka (now in Ueno Park) as a private academy and the Temple of Confucius within the residential grounds. 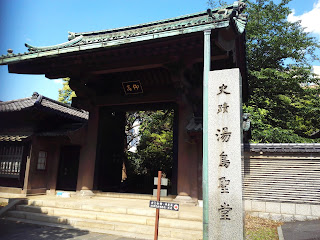 After Razan's death, the temple was moved to its present site in Yushima in 1690 by Tokugawa Tsunayoshi, the fifth shogun. It was renamed the "Taisei-den.

It then became a center of Confucian learning known as the "Shoheiko" , one of the higher educational institutes in Japan.

The Taisei-den and its other buildings were collectively called the "Seido." It was transformed into a state-run school by the Tokugawa shogunate where the bureaucrats of the shogunate and the retainers of feudal lords could be trained in 1797. It was closed as a school in 1871 after the Meiji Restoration.

The wooden temple building was designated by the Japanese government as a Historical Site in 1922, but it was destroyed by the Great Kanto Earthquake of 1923. 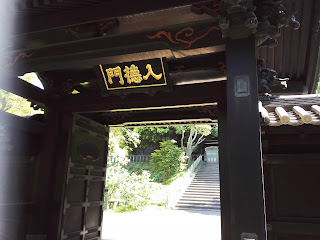 The present temple building of the Taisei-den was reconstructed of reinforced concrete in 1935. Architectural preservation work on the temple building was started in 1986 and completed in 1993.