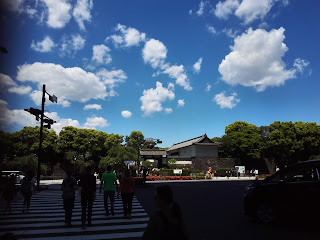 The new Imperial Palace was completed in 1888. The emperor moved here from a temporary residence in Akasaka. 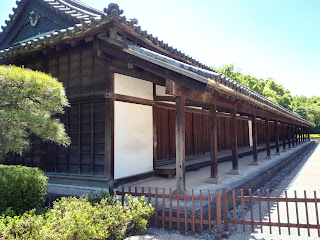 In 1948 The Kyujo (popularly called the Meiji Palace) was badly damaged by the Great Kanto Earthquake in 1923 and was lost to fire during air raids in World War Ⅱ in 1945.

However it was rebuilt in the same style afterwards. The name of the castle was formally changed to "Kokyo" (the Imperial Palace) in 1948. 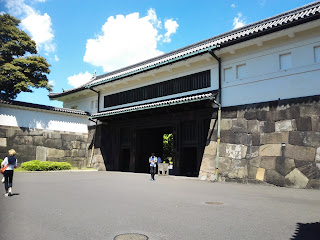 Kokyo-Gaien used to be part of the Imperial Palace Grounds and was opened to the general public as National Garden in 1949.

The Imperial Palace Outer Garden, is a general term for three sections.

(1) The Kokyo-Gaien area located directly in the front plaza of the Imperial Palace.

(2) The Kitanomaru Garden area located north of the Imperial Palace.

(3) The Peripheral area of the Imperial Palace along the 12 scenic moats that surround the Kokyo-Gaien, the Kitanomaru Garden and the Fukiage Gardens.

There are about five-kilometers of moats around the Imperial Palace, making it a popular spot for running while enjoying the great views of the palace surrounded by nature. The remaining stone walls, water-filled moats and castle gates are Important Cultural Assets of Japan and all are designated as Special Historic Relics. 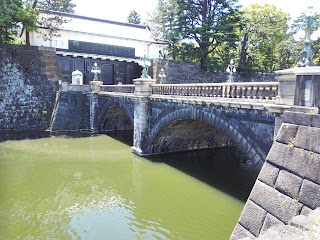 The Seimon-Tetsubashi was called the Nishinomaru-Gejo-Bashi in the Edo period. The original bridge was built of wood in 1614 by Tokugawa Hidetada, the second shogun. It was a two-tiered wooden structure, but was replaced with a steel bridge during the Meiji era in 1888. The present steel bridge was reconstructed in 1964.

When visitors stand in front of, or at the corner of the Nijubashi moat, they can see the two separate bridges in line. These two separate bridges (the stone and steel bridge) appear to look a single two-storied bridge. Therefore in the Meiji era, people mistakenly began to call it the "Nijubashi." 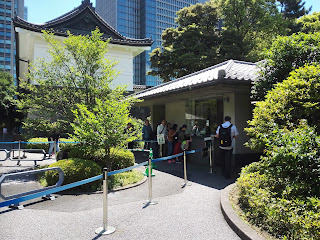 Opening hours:
From March 1 to April 14 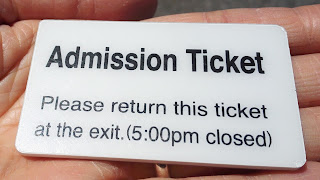 Closed:
The Garden is closed on the following days and occasions.

Every Monday and Friday (open on National Holiday except the Emperor's Birthday, December 23)
In the event that a National Holiday falls on a Monday, the Garden will be closed on the Tuesday immediately following the National Holiday.
From December 28 to January 3
In circumstances where it is deemed necessary to close the Garden due to Imperial Court functions or other occasions.