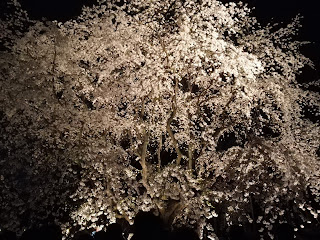 Rikugien Garden is a typical example of the traditional strolling-type landscape garden and the representative garden of the feudal lord which was created in the Edo period.

It features a large central pond with islands surrounded by artificial hills and dense groves of trees. The trails wind around the garden and lead to several teahouses which are open to the general public. 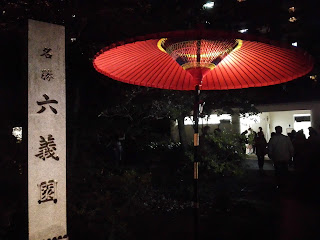 The garden reproduces 88 scenic spots of waka, a classical Japanese poem. They are supposed to represent 88 places noted for the beautiful scenery in Japan.

Large Shidare-Zakura and Naitei-Daimon. In spring, visitors can admire a huge weeping cherry tree in the open space near the main gate. 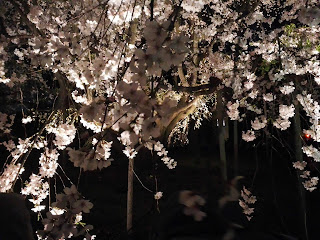 The weeping cherry blooms beautifully from late March to early April every year and these are fantastically lit up at night.

There are two man-made hills on the island which represent the relationship between man (Se-no-yama) and woman (Imo-no-yama). 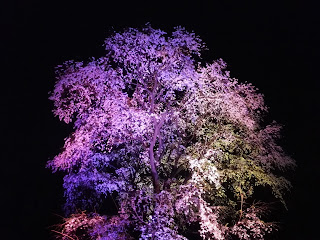 There is also "Sekirei-iwa" associated with the mythical, male and female deities Izanagi and Izanami.

There are some teahouses in the garden:Fukiage Chaya is located along the shore of the pond.
This is a nice place to take a rest and have refreshments with some Japanese tea.

Takimi Chaya is a nice place to enjoy impressive views of the waterfall and rock formations. This is the only place where the sound of water can be enjoyed.

Tsutsuji Chaya is built using old wood materials azalea by the Iwasaki family during the Meiji era. Autumnal tints on maple leaves are splendid in this area.