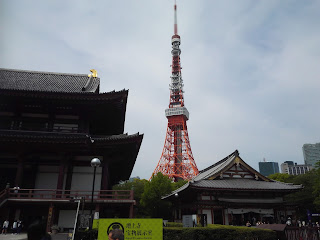 The city began to flourish when Tokugawa leyasu made the city then known as Edo his capital in 1603.

Through the Meiji Restoration, the Tokugawa shogunate came the end in 1867, and in 1868 a new government was formed around the Emperor Meiji.

When the Shogunate fell and the Meiji government took over in 1868, the city was renamed Tokyo.

It became the official capital of Japan. and the Emperor moved from Kyoto to the Imperial Palace. 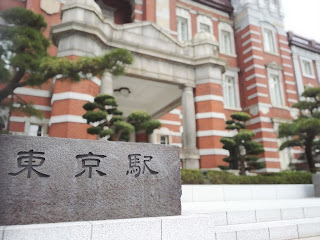 The city was devastated by the Great Kanto Earthquake and by bombing during World war II, but it rose from the ashes and remains one of the world' s great metropolises with a current population of 13.5 million.

The city developed into one of the world's greatest metropolises. It is one of the largest cities in the world in terrns of population and econorny.

13 million people live in Tokyo's 23 wards. If you include greater Tokyo the surrounding prefectures such as Kanagawa, Chiba, and Saitama, the number shoots up to 35 million inhabitants.