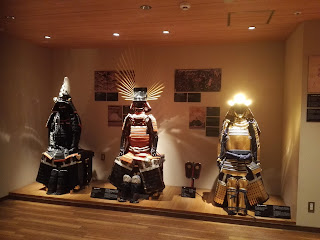 Can you imagine the real Samurai?
"Samurai" were the warriors in Japan from the ancient to middle ages, and they are called as "Bushi".

You can feel the real Samurai spirit in Samurai Museum.It could be bring a feeling of tension in the Japanese rooms that are placed some Japanese sword and Japanese armor.

There are 9 rooms in Samurai Museum:
1.Exhibition of armors-It is displayed original armors from the Muro-machi to Edo period.
2.Kamakura period-This room explains the Kamakura samurai's fight as well as the Kamakura Bakufu, the first samurai administration. 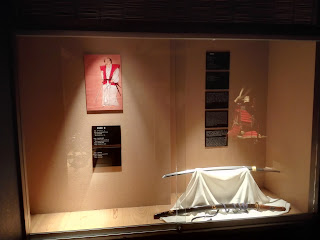 3.Japanese swords-These are displayed variety of swords; a very long sword, pole swords and lance from between 800 years to 200 years ago.
4.Exhibition of helmets-Some types of avant-garde hel-mets are displayed. You can touch original helmets.
5.Comparison of the armors-You can learn the procedure of putting on armors and compare between common soldiers and a general
6.Exhibition of matchlock guns-These guns are various matchlock guns of Japan which was the world's greatest gun possessing county at the end of the 16th century.
7.From the end of Edo period to Azuchi-Momoyama period-You can learn history from Azuchi-Momoyama period to the end of Edo period.
8.Photo space-You can take pictures with Japanese traditional samurai's costumes:Helmets, Swords and Japanese Kimono.
9.Souvenir Shop-You can buy various souvenirs and other items about Samurai as well as many kinds of imitation swords. 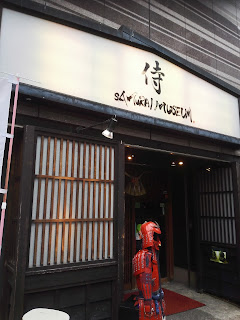