Tokyo Tower | Things to do in Tokyo 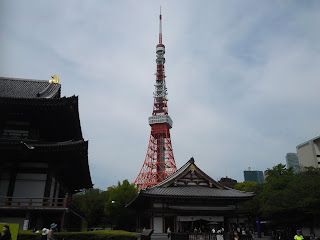 Tokyo Tower was completed in 1958 and it was modeled after the Eiffel Tower in Paris. The main function of the steel tower was to serve as both telecommunications hub and a tourist attraction.

Tokyo Tower was not high enough to adequately support complete digital Terrestrial Television broadcasting to the area. So Tokyo Skytree, a taller tower than Tokyo Tower, was completed in 2012.

The 333-meter-tall multi-purpose tower is one of the most famous observation towers in Tokyo. There are two observatories, the Main Observatory (150m) and the Special Observatory (250m) in Tokyo Tower.

The main Observatory has a glass-floor “Look-down Window” through which can look on the scenery directly under the tower.The Special Observatory presents a magnificent 360-degree panoramic bird's-eye view of Tokyo.

On a clear day, visitors can see Mt Fuji Tokyo in the distance and look outi out over the Kanto Plain surrounding Tokyo from the observatory view of the daytime. Tokyo Tower commands a spectacular view of the neon-lit the street of Tokyo at night. 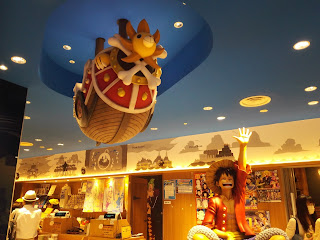 And it has a popular theme park, Tokyo one piece Tower which was opened in March,2015.

One Piece is very popular Japanese manga series which is written by Eiichiro Oda. Tokyo Tower is not only famous for the symbol of Tokyo but also the theme park place.