Ueno | Things to do in Tokyo 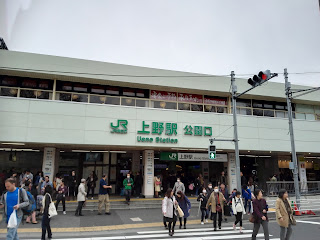 Ueno Park was established as Japan's first park in 1873 on the former grounds of Kanei-ji Temple.

It was converted into one of the Japan's first Western-style parks and opened to the general public in 1876.

Then large numbers of cherry trees were planted near Shinobazu Pond.

Ueno Park was granted to Tokyo City by the Ministry of Imperial Household in honor of the marriage of Prince Hirohito in 1924. The park received the official name of "Ueno Imperial Gift Park" . 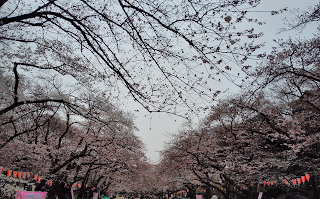 Ueno Park originally contained the main hall of Kanei-ji Temple, Ueno Toshogu Shrine, the mausoleum of the Tokugawa family and many cherry trees in the precincts of the temple and shrine.

As time went on, a zoological garden and many kinds of museums and art galleries were constructed on the grounds, which transformed it into a park with a more cultural atmosphere. 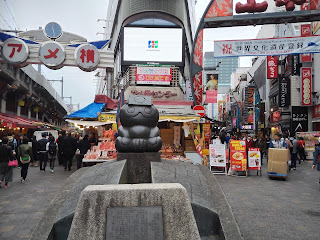 Stretching from Ueno to Okachimachi stations on JR's Yamanote Line' this busy shopping street was established soon after the end of world warⅡ Many stores sold candy made from potato starch, So it came to be called Ameya-yokocho which is now its Official name ("ame" is the Japanese word for "candy").


At the end of the year it becomes very crowded, with more than 400,000 people a day turning up to do their New Year's shopping. Overseas visitors come in increasing numbers to buy souvenirs like sweets in boxes with Tokyo or Japanese designs. 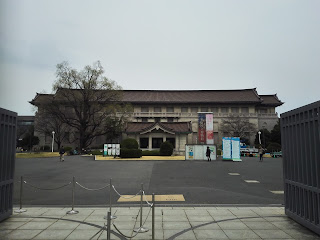 The Tokyo National Museum, the oldest and largest museum in Japan, was established in 1872 to preserve and exhibit historical art works and archaeological objects from Japan and the Orient. The museum houses over 1 10,000 art objects covering Japanese history from the Jomon period to the 20th century.
Moreover it includes a large collection of 87 National Treasures, Japan's highest category for artistic works, and more than 633 Important Cultural Properties. It also contains the largest collection of Japanese art in the world. The museum is mainly made up of five exhibition buildings and a research, information center and other facilities. 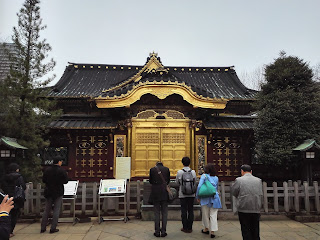 Ueno Tosho-gu Shrine was originally set up in 1627 in the residence of Todo Takatora, a castle architect, to honor Tokugawa leyasu. The original name "Toshosha" was formally changed into "Toshogu" in 1646.

The current shrine was rebuilt on a grander scale in 1651 by Tokugawa lemitsu, the third shogun. The main enshrined deities are leyasu, Yoshimune and Yoshinobu of the Tokugawa shogunate. 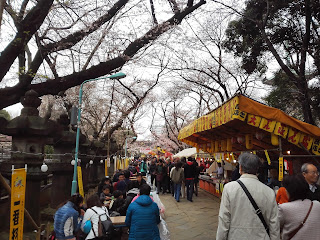 The shrine building miraculously survived the calamities of the past few centuries such as the Great Kanto Earthquake in 1923 and World WarⅡin 1945. It still looks as it did in the Edo period, retaining cultural assets as a precious structure.

Ueno Tosho-gu Shrine had been incorporated into Kanei-ji Temple until 1868. Major renovation work was completed in 2013. It is designated as a nationally important cultural property. 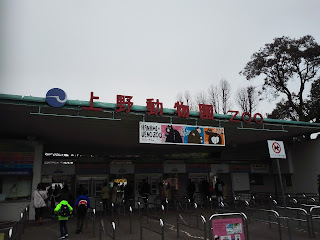 Ueno Zoo, the oldest zoo in Japan, was established in 1882 $patt of Japan's modernization drive during the Meiji era. The zoo houses some 2,600 animals representing over 460 different species from all over the world including giant panda bears, the most popular of them all.

The first two giant pandas were sent from China in 1972 on the occasion of the normalization of relations between Japan and China. The zoo temporarily had no pandas after the death of Ling Ling in 2008, but received two pandas in 2011. Ueno Zoo provides visitors with learning experiences about the diversity of animals, and sets within sight of the five-story pagoda and Shinobazu Pond.


Shinobazu Pond was once an inlet of Tokyo Bay. It is now a wildlife protection area for wild waterfowl.This pond is famous for the beautiful lotus flowers covering the surface of the water in summer.

During the middle of July, all ponds except boat pond are covered with lotus plants which sprout their elegant flowers in July through Augusts.